Although most owners would polish the exterior of the copper fire extinguishers, the chemicals would not get replaced in a timely manner, nor would the cylinder receive a pressure test (hydrostatic test). To complicate matters, people would sometimes place items such as toothpicks or bubble gum on the outlet of the nozzle of the extinguisher, thereby rendering it useless during an emergency. Then, when inverted, the mixing of the two chemicals inside the fire extinguisher would continue, causing a buildup in pressure and ultimately a cylinder rupture. In some cases people were gravely injured and killed.

With the history of poor maintenance of inversion fire extinguishers by owners, local governments instituted laws requiring that stored pressure extinguishers be used and a trained technician required to perform the inspection service.

Today testing of a fire extinguisher requires the periodic full disassembly of the fire extinguisher, so that a pressure test of the cylinder can be performed to assure that its integrity still meets manufacturers’ and Department of Transportation (DOT) design criteria. The internal and external condition of the cylinder is also examined. No cylinder is returned to operation if any one failing condition is found; this assures the full safety of the public. Not only is the cylinder tested, but all its associated parts are examined and repaired (if needed) using original manufacturers’ parts (OEM). Upon completion of the testing the cylinder is recharged and returned to service. 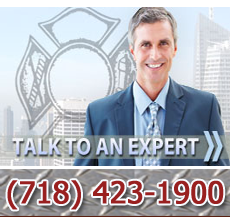